Bottom line: TWO MEN AND A TRUCK is a full-service moving company that handles both local and interstate moves with excellent customer service.

TWO MEN AND A TRUCK is a full-service moving company, meaning it can handle your entire move from start to finish. TWO MEN AND A TRUCK sets itself apart from the competition by stressing customer service. On its website, you’ll find prominent references to THE GRANDMA RULE® (“Treat everyone the way you would want your Grandma to be treated”) and a simple, user-friendly layout that helps you get a quote right away. Its network of 330 locations puts it among the largest movers in the country.

We like that TWO MEN AND A TRUCK operates on a franchise model, rather than with independent agents. This helps to standardize practices across the company, giving you a better chance of a good experience with your local mover.

You are the ideal THREE MEN AND A TRUCK customer if…

How is TWO MEN AND A TRUCK’s customer service?

Your first experience with TWO MEN AND A TRUCK (also known as 3 MEN AND A TRUCK to lazy internet searchers) will likely be its website, which does a great job of quickly directing you to the nearest franchise location. Simply input your ZIP code and you’ll see any nearby locations. Your experience is largely dictated by the local agent rather than the company as a whole, so your next step should be to get a sense of whether the local movers live up to the corporate customer service values. 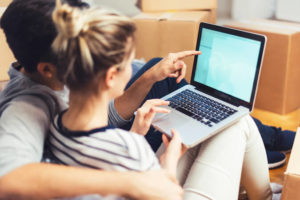 TWO MEN AND A TRUCK displays its core values prominently on its website. Mostly it’s exactly what you would expect a company to say, with statements like “to always conducts oneself with honesty and fairness” and “to treat everyone the way you would want your Grandma to be treated.” While this can be easily dismissed as corporate boilerplate, we actually commend TWO MEN AND A TRUCK for giving customers such an easy way to judge its local movers. As you talk to the local agent, ask yourself if he or she is meeting the bar set by the company. If so, it’s a strong indication that this is a mover you can work with.

As you’re evaluating your local agent, have a list of basic questions ready to ask, then evaluate him or her based on whether they seem to live up to the expectations of the company.

Our research tells us that local franchises often live up these core values. Namely, TWO MEN AND A TRUCK is often able to do what many other moving companies cannot: garner more than a few great reviews on user-review sites like Yelp. In a random sampling of several locations nationwide, we found a higher-than-average ratio of positive to negative reviews.

User-generated review sites should be taken with a grain of salt, but remember that it’s much, much easier for moving companies to generate negative than positive reviews. So this is a win in our book for TWO MEN AND A TRUCK’s local agents.

How we’d make TWO MEN AND A TRUCK better

If we had a wish, it would be that TWO MEN AND A TRUCK would make more things available online, like information and forms relating to its coverage and claims processes, or more information about the local franchises. But we’re satisfied that if you find a local agent that lives up to the corporate-wide standard set by TWO MEN AND A TRUCK, you’ll have a great move.

So if the price is so high, why would anyone choose a full-service move? The key lies in the phrase “full-service.” Anyone who has done a DIY move can see the appeal in having professionals pack, load, drive, unload, and unpack, or any combination of these things. In the case of THREE MEN AND A TRUCK, you also have the option of storage at one of its facilities, a big help when you’re between homes or downsizing. We also find that TWO MEN AND A TRUCK are ideal apartment movers. The bottom line is that when you fork over the money for a full-service move, you’re banking on a less stressful moving experience.

My Moving Estimate is a moving price & estimate company. Let us help.